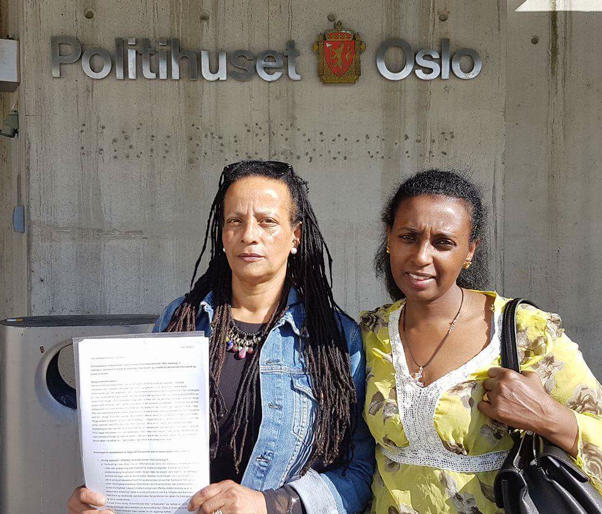 There is fresh pressure on the Norwegian authorities to halt illegal tax collection by the Eritrean government from members of the exile community.

Norway closed the Eritrean embassy in October 2013, following a strong warning from the Norwegian Parliament – or Storting – to halt these activities. But despite this the pressure on the Eritrean diaspora to send money to the Eritrean regime has continued, via the Eritrean ‘Information Office.’

All Eritreans living abroad are faced with demands to pay a tax of 2% on all of their income to the government of President Isaias Afwerki.

First in the United States (2007) and Canada (2013) and Norway (2013), then the UK (2014) and the Netherlands (2017) the international community took action against the Eritrean regime for its extortion of funds from its nationals living abroad.

Despite this, the tax collection continues.

A group – ‘Mothers for Peace’ – has now handed in a dossier of fresh information to the Norwegian police giving evidence about this extortion. Their dossier is below. It has been translated using Google translate.

Review of the business of Eritrean Information Office at 4 Karl Johansgt.

With owners – including the Eritrean embassy in Stockholm and employees for financial crime and other offenses.

The name of this business has varied from year to year from “Eritrean Embassy”, “Eritrean Interest Office”, Eritrean Information Society “and the like. We think this is a way to hide your business. In the following we use the denomination office which is the Eritrean office in Karl Johansgate 4 in Oslo.

The office has no agreements with the Norwegian state and is a private and political department for PFDJ’s operations in Norway. PFDJ is the only legal party in Eritrea, but at the same time it has associations around Norway and owns this office in Oslo. They have connections to the Eritrean Embassy in Stockholm, which is the right embassy for Norwegian Eritreans.

In other words, the office is in close contact with the regime in Eritrea. According to the UN Human Rights Council, the regime wants control over the Eritrean diaspora, including the 20,000 Eritreans living in Norway. The control is achieved by criticizing the dictatorship and ensuring that 2% tax on all income in Norway is paid to the regime in Eritrea (see UN Appendix 3).

The youth wing of the party is Young PFDJ, which has an office with the PFDJ office in Karl Johansgt. It is one of Oslo’s most expensive rental rooms. The tax money collected is controlled by and forwarded to a regime. A UN report believes that PFDJ commits crimes against humanity. 5000 escape every month. Thousands die in the Mediterranean and some come to Norway and meet an office in Oslo that requires them for tax! It is in this context that this matter must be incorporated into. The least we can demand is that Norwegian laws are followed.

A) The office has for over 30 years – from approx. 1986 until Oct. 2016, has been run as an Eritrean embassy in Oslo without the approval or permission of the Norwegian authorities. The office has driven tax collection from Eritrean residents in Norway. This has been in violation of the Foreign Affairs Committee, see Appendix 1. The Office took no note of this strong statement by the Storting in 2012 and continued to conduct illegal embassy and economic activities. The office has been mentioned several times in the Storting context (Question Time) as a private office without legal agreements with Norwegian authorities. Nevertheless, the office continued with public tax collection and other economic activities. This is a violation of Norwegian law. Former Foreign Minister Jonas Gard Støre and current Foreign Minister Børge Brende have pointed out from the Storting’s speeches and must have consequences.

B) Illegal activities are still run even after the “embassy” was closed October. 2016.We can provide documentation of this claim. This is a breach of Norwegian law as in pt.1a. And also shows no respect for our government’s decision.

2. Illegal economic activities without payment of taxes and fees.

A) The “Embassy” has created and operated the illegal collection of 2% tax from Norwegian citizens living in Norway without agreement with the Norwegian authorities. In Finansavisen, Waldo acknowledges that he accepts money / tax in Norwegian bank account and forwards the amounts to the Eritrean Embassy in Stockholm. See Appendix 2. How have these big money amounts been processed by Oslo Office? What remuneration received the receipts?

B) The “Embassy” has undertaken transactions from Norway to Eritrea and obtained official documents from Eritrea to eriters in Norway against economic opposition.

C) Payments to the office show no information without the child no. Or amount on individual transactions. See Appendix 3

D) The Office has broken and violates laws and regulations in connection with the Accounting Act, Authorizations, Authorizations, to operate all the different payments. There is no registration of fees or accounting / or approval of the accounts. See Appendix 4

E) No payment of taxes and fees in Norway for financial transactions and services.

Point. 1 and 2 violate the Establishment Act, the Purchasing Act, the Tax Act and the Accounting Act.

The Office exercises control and pressure against the Eritrean diaspora in Norway.

When registering at the Oslo office, the authorities of Eritrea know who have fled from military service and the like. This puts their families in Eritrea at risk of reprisals.

A) It is known that an injunction letter must be written by those who come to the contest where they admit to have fled and admit that they will receive punishment if they return to Eritrea. This reveals Eritrean refugees for Eritrean authorities who can punish them / push them in Norway.

B) The office in Oslo cooperates with agents in Norwegian cities that receive the 2% tax. If possible, these agents should be investigated at the same time as the office to secure proof and get a complete picture of the illegal activity.

C) An office in the office will, in all likelihood, reveal unlawful control of Eritrean associations and Eritrean orthodox churches who collaborate with the regime in Eritrea in secret. The aim is to suppress eriters in Norway by opposing the opposition and that the diaspora pushes in a number of ways to pay 2% tax.

We believe this office has violated section 91a of the Criminal Code:

“Anyone who, in secret or in illegal means for the benefit of a foreign state, seeks to gather information about political or personal circumstances if communication to another state that he knows or ought to understand may harm Norway’s interests or endanger the lives, health, liberty or property of individuals, Or contributing to this, be punished by booklet or jail for up to 2 years. ”

In order to obtain evidence in such cases, search and telephone wrecking must be initiated. There are 20,000 Norwegian Eritreans living in fear of being declared to Eritrea’s Eritrean authorities. That’s not how it should be.

(A) Eritreans seeking asylum have been instructed by the UDI to go to this unofficial private office for the purpose of obtaining Eritrean passports and the like to document Eritrean Citizenship. This practice continues after the Secretary of State’s office stopped in October. 2016. This despite the fact that the Minister of Justice considers the office to be private. There is no agreement between UD’s rejection of an Eritrean public office in Norway and UDI’s claim to asylum seekers to go to this private office to be registered, have to pay taxes and so few papers on their eritual identity. See Appendix 1.

B) This illegal office has caused many Norwegian-eriters large illegal payments an illegal activity that has not yet been stopped. Appendix 3

C) UDI exposes asylum seekers at risk and exposes the asylum seeker’s family in Eritrea to the risk of reprisals in Eritrea when they are referred to this office and must disclose all information about who they are and why they fled from Eritrea.

We also want to report to the Eritrean Embassy in Stockholm to be responsible for collecting taxes and charges against Norwegians on Norwegian soil for decades after decades from Norwegian citizens with and without Norwegian passports. We believe this embassy is responsible for the office of Karl Johansgt. 4 and that they command the tasks of the Norwegian office. Even after the reinstatement and demand for closure of tax and tax operations in the autumn of 2016, the embassy in Stockholm has contributed to the continued illegal taxation activities from the Oslo office.

Against this background, we ask that the case be investigated and prosecuted. We also refer to Finansavisen, where Foreign Minister Brende calls for notification.

We will, at the police’s request, provide witnesses and documentation.

Witnesses: Norwegian Eritreans who have paid taxes before and after Oct. 2016. UDI staff who have sent and send Eritrean asylum seekers to an unofficially erratic office. 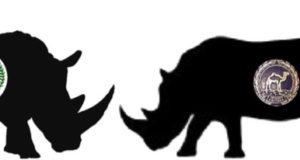