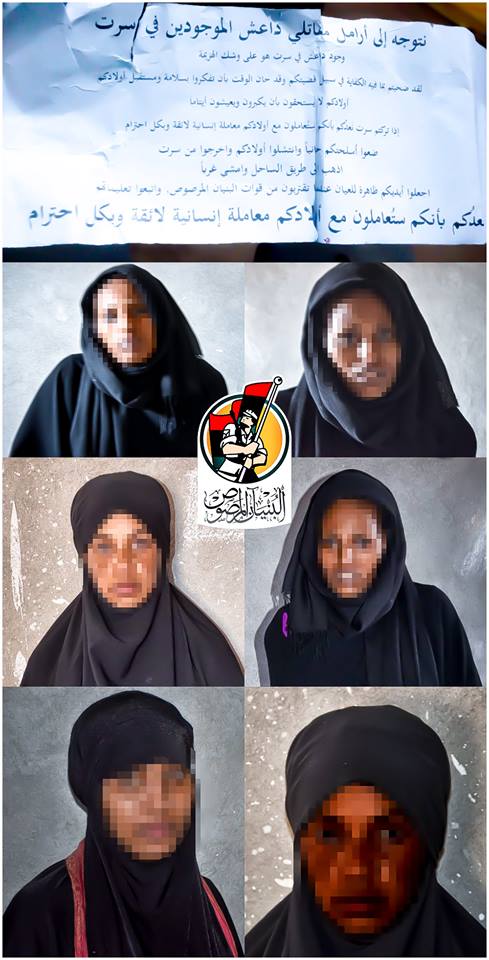 Eight Eritrean women enslaved by IS have turned themselves in to the Misrata-led forces of Al-Bunyan Al-Marsoos in Sirte, sources reported.
The sources indicated that the eight women were used as “sex slaves” by the terrorist IS leaders.
“The act of the eight women came in cohesion with the notices dropped from air by the Libyan air force on IS hideouts in Sirte over the last 24 hours.” The sources explained.
“IS widows and children who are still in Sirte; we urge you to get out via the coastal road westward and we promise to treat you well.” One of the notices reads, according to pictures circulated on social media on Monday.
Other notices called on the families of IS militants, who wish to get out of Sirte, to lay aside their weapons, put their hands in the air once they reach Al-Bunyan Al-Marsoos forces.
On Sunday, the Misrata-led forces took control of Al-Manara neighborhood (Campo) in Sirte, storming into a group of tunnels used for holing up and making ambushes by IS militants. The forces also found a number of burnt IS bodies due to previous airstrikes.

A SALUTE TO ERITREAN VETERANS 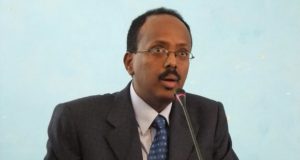