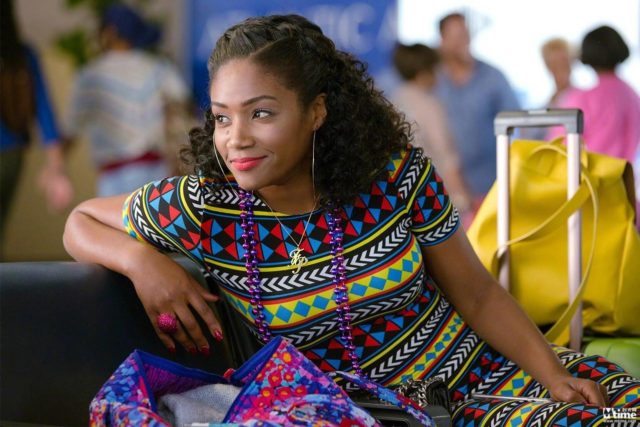 The comedian Tiffany Haddish has been hailed by Vanity Fair as “the funniest person alive right now.” She was also the first black female stand-up comedian to host Saturday Night Live; an American television institution. Just recently, Haddish presented at the ceremony for the announcement of The Oscar Award nominees, which, like everything else she does, endeared her even more to her fans. Her breakout role came in the 2017 ensemble comedy Girls Trip with Queen Latifah, Jada Pinkett Smith and Regina Hall where she stole every scene she was in. That earned her a Best Supporting Actress Award from the New York Film Critics Circle.

One more little known fact about her is that she is also half Eritrean. She recently visited the country for the first time, and this American rising star’s visit to one of Africa’s most repressive states presented all kinds of political minefields.

Her father, Tsehaye Haddish — from whom she was estranged and finally met in his final days — was originally from Eritrea. He had migrated to Los Angeles, where he met her mother. When Haddish was about three years old, her parents drifted apart. What followed was a traumatic childhood, as she bounced between foster families and living with her maternal grandmother. In August last year (in an interview with a celebrity “medium”) Haddish spoke about eventually finding her dad who had been living in Philadelphia: “My whole point to meet my father was just to know genetically what do I have to expect? And where the hell your ass been? Where the hell yo’ ass was at when I was out here living in the streets?”

This month she traveled to Eritrea for the first time. In what she described as a fulfilling and exciting experience, Haddish paid her respects to her father, buried his remains and met her relatives. On social media (starting from when she boarded the plane in LA) and in interviews on Eritrean state television, she mainly experienced the trip as a healing process that put to rest her lifetime search for meaning. On arrival, she immediately felt connected with her family members whom she had been hearing about from her father. As she described it to the Eritrean media, her trip gave meaning to her existence.

The question for those closely following political events in the country, was whether Haddish could handle Eritrea’s complicated politics and whether her visit would be used by the government for propaganda. For the long suffering opposition whose sole unifying factor is rage against the regime, any sign of Haddish endorsing the government, would be pounced upon. Whether Haddish was au fait with these tensions, didn’t matter to either side. For better or worse, both wanted to claim Tiffany.

Of course, this tradition of claiming celebrities or public figures with Eritrean backgrounds for either side of the political divide, and then unjustifiably attacking them for perceived missteps, is old hat. In 2014, Eritrean-American athlete and Olympic medalist Meb Keflezghi, won the historic Boston Marathon. A few days after the race, he visited the Eritrean embassy where staff took a picture with him. It was widely circulated on the social media, where Keflezghi — who has not publicly expressed his political preference — was quickly condemned and ostracized by the opposition as an accomplice and stooge of the regime. Something similar greeted West Coast rapper Nipsey Hussle(government name: Ermias Asghedom) — his father is Eritrean — when on 24 May 2014 he excitedly tweeted his celebration of Eritrean Independence Day: “… to my country Eritrea. To come from such a beautiful struggle is inspirational.” Responses on social media to Nipsey’s declaration of patriotism, also included: “but remember to be a voices to voiceless pls call to end dictatorship too” or “@NipseyHussle happy Eritrean independence day, but Eritrea is not free yet be voice for more than 10000 prisoners.”

Tiffany Haddish doesn’t shy away from expressing herself on the political aspects of American life — including the persistent racism in comedy — but hasn’t felt the need to comment on Eritrean politics. She could hardly be faulted for that, after all, her only link with Eritrea was her father whom she hardly knew.

Despite her vocation, Haddish did not get to meet any aspiring Eritrean artists or comedians on her trip. Rather, she was greeted, hosted and feted by the country’s political leadership at every turn; the very same people who are denying Eritreans the liberty to laugh and the use arts as means of self-expression.

Images of Haddish posing with senior government officials quickly drew strong responses online from within the opposition camp — gaining attention from no less than Meron Estafanos, the Swedish-Eritrean journalist who tirelessly covers the dangerous journeys of Eritrean migrants fleeing the country (Eritrea is infamous for the numbers of people who would risk death to leave rather than stay at home). She called Haddish “a disgrace.”

This may be one reason why Haddish’s American friends and manager, who accompanied her to Eritrea, would soon delete photos posing with government officials from their social media accounts. One of them, the comedian Precious Jackson, was criticized online for posting images meeting with President Isaias Afwerki on his farm. In her post, Jackson praised Afwerki as a most loved and humble president who led the country since independence. Jackson later removed all posts referencing encounters with state officials.

An interview Haddish did with state TV was introduced with images of her visit. These included photographs of her posing on beaches, eating food and meeting relatives. However, the image reel also confirmed that she received the compulsory tours to the tank graveyard (from the independence war with Ethiopia) and the martyrs’ cemeterythat has been designed for international journalists covering Eritrea.

Of course, Haddish had to meet with the country’s president, Isaias Afwerki — on his laboratory farm. Recently, Afwerki’s main obsession is to portray himself as selfless and modest and yet visionary leader with the simplest dress style. Since 2016, Afwerki has moved his office to the outskirts of Asmara in Adi-Halo. Hagos Ghebrehiwet and Yemane Ghebreab (who posed with Haddish) along with General Filipos Woldeyohannes, Army chief of staff, practically run the country. Afwerki has taken on a number of odd titles: initially as site manager for a dam construction, and later conducting odd pursuits such as breeding cattle, designing a national park, and conducting experiments. It is not clear whether Afwerki shared any of these experiences with Haddish. What is clear is that Afwerki appreciates any kind of publicity that makes him look good, and if he can be photographed with any visiting celebrity (or even academic) it can counter the public view of him as being isolated. (During their meeting, there was a humorous moment when Haddish asked Afwerki not to be stingy with the salad bowl when they sat down to eat. Some Eritreans on social media tried to read more into it — that Haddish, without knowing, was critiquing his style of government.)

Whether the regime benefits from her visit is unclear at this stage. At best, she appeared to be patriotic — a virtue claimed by both the government and the opposition — and polite. She also appeared to make a genuine connection with a part of herself that she felt was missing. She is someone who grew up hard in an unforgiving American city, the lost child of an immigrant to the United States. It just happens this immigrant came from a country where feuding groups make passionate claims to her for their cause. We are not yet sure how aware she was of this dynamic. In interviews, Haddish promised to visit Eritrea more often. If true, how she approaches those visits will be interesting to watch. 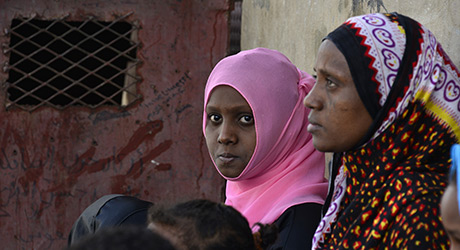