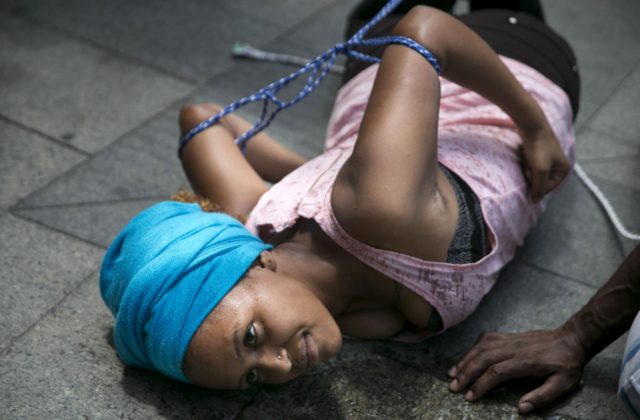 On September 18, 2001, as the world reeled from the September 11, 2001 terror attacks in New York and international attention focused on the United States, the president of a tiny African country decided journalists were no longer needed in his country.

Isaias Afwerki, the president of Eritrea— which borders Ethiopia and lies 20 miles across a strategic shipping canal from Yemen—announced that all independent media organizations were to cease activity. Private presses were shuttered and broadcasters closed down; journalists were rounded up and put in prison.

The deplorable state of press freedom in the Horn of Africa country—Eritrea has been ranked bottom of Reporters Sans Frontieres’ (RSF) Press Freedom Index in eight out of the last nine years—has led to the country being dubbed Africa’s North Korea, in comparison with the East Asian totalitarian dictatorship.

But Fathi Osman, an ex-Eritrean diplomat who fled the country and now works for Paris-based Radio Erena, an Eritrean media outlet in exile, says that comparison doesn’t do the situation in his home country justice. The Eritrean capital Asmara, he says, is a less open place than Pyongyang.

“This is not a catchphrase, this is a well-deserved description. When you have one newspaper, one radio, and people are not allowed to leave the country from aged nine to 57—imagine that,” Osman, 51, tells Newsweek . “So we are maybe the worst copy of North Korea, [like] when you have a genetic mutation…Eritrea is a deformed copy.”

Today, there are no independent media outlets in Eritrea, a country where around 10 percent of the population has fled abroad as refugees and asylum seekers. The number of newspapers, broadcasters and internet news agencies can be counted on two hands; all of these are state-run. Eritrea is, effectively, a land with no journalists.

Through Radio Erena, Osman and his colleagues are doing their bit to try and lift the information blackout in Eritrea. Founded in Paris 2009 with backing from RSF by Biniam Simon, an ex-government television presenter who fled Eritrea for France, Radio Erena—which means “Our Eritrea”—has a network of sources inside the repressive state and broadcasts in the middle of the day, when Eritreans workers can return home for lunch, shut the door, pull the blinds down and listen in the relative seclusion of their homes. This week, U.K. non-profit One World Media gave Radio Erena its special award for its role as the country’s sole independent source of information.

Osman leads the station’s Arabic news team, which broadcasts a 30-minute program three times a week. (Radio Erena also broadcasts in Tigrinya, the local language in Eritrea and northern Ethiopia.) He is reluctant to reveal how the station’s journalists contact sources in Eritrea—the government views Radio Erena as a public enemy, working on behalf of political opposition—but says that steps are taken to ensure their safety. “Numbers, whereabouts, things like that [we do not disclose], but we have our own confident and reliable sources inside the country. This gives Radio Erena an advantage.”

But Osman says that the station sometimes has to turn away potential sources and stories for the safety of those providing information. “We don’t encourage people to call us. There are some people that want to call us and comment in hotel rooms. We advise them not to do that,” he says.

Having worked within the Eritrean government for more than a decade, Osman knows from the inside how dangerous life can be inside the country. He started working for the Ministry of Information—which oversees state-run media—in the 1990s. Those were heady days in Eritrea: the Eritrean People’s Liberation Front (EPLF) had claimed victory in 1991 in a 30-year war against Ethiopian occupiers, and independence was sealed in a 1993 referendum.

But in 1996, things began to turn sour for Eritrea’s journalists. The government passed a law that required all journalists and publications to be licensed by the administration and for publications to be submitted for government approval before dissemination. Osman, who was working as an editor for a state-run Arabic language newspaper, lost his job in what he says was described by the government as a “downsizing” of the media industry. He then worked in the foreign ministry for several years before being posted as a diplomat, first to Pakistan in 2003, then to Saudi Arabia in 2004.

After eight years in Riyadh, Osman defected in 2012—a year after the government rounded up independent journalists. He is reluctant to explain why, but says he was subjected to “threats” and had disagreements with his colleagues over the government’s increasingly authoritarian policy. “You cannot defend the policies of a government that you don’t believe, that you don’t have faith in,” he says.

Many of the journalists arrested in Eritrea in 2001 remain in prison, and the country is the biggest jailer of reporters in sub-Saharan Africa, with at least 17 journalists in jail as of December 1, 2016, according to the Committee to Protect Journalists. The climate does not seem to be improving, according to Jennifer Dunham, research director at Freedom House, a pro-democracy U.S.-based NGO that works on press freedom. “[The climate] has led to either extreme self-censorship in the country and a climate of fear for any remaining journalists and the general population,” says Dunham. “Even the [journalists] working for state-run outlets are under threat.”

Osman says that Radio Erena has dedicated its award to the journalists currently imprisoned in Eritrea. And while he is not optimistic about the future of press freedom in Eritrea, he says it is important to keep supplying the Eritrean people with some degree of news.

“There is not a hint or a tip that [the government] may release these people, so it’s dark at the moment, but one believes in change and one should work for this change,” says Osman. “We did not coin the North Korea [comparison] but we are confirming it and telling the truth about the situation in Eritrea and give the facts and give people the chance to judge for themselves.” 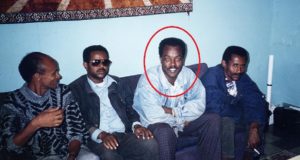 ልዋም ንባብ! - maj 11, 2017
0
The United Nations has called on the Eritrean government to release journalist, playwright and writer Dawit Isaak who was jailed since 2001 during a...