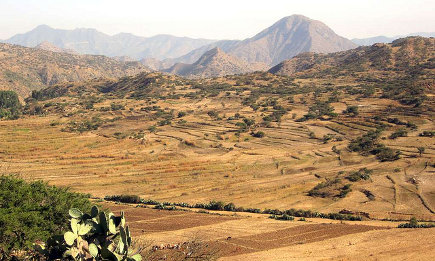 March 9, 2017 – Human trafficking is a billion dollar industry in Eritrea and the regime in the East African country deliberately plays an important role in. Mirjam van Reisen (Leiden University) concluded after more than five years of fieldwork in Eritrea a thriving ’industry’ with an estimated turnover of € 1 billion.

Tomorrow presenting Mirjam van Riesen and Professor Munyaradzi Mawere (Great Zimbabwe University) their book ”Human trafficking and trauma in the digital era. The ongoing tragedy of trade in refugees from Eritrea. In the book, the researchers describe the illegal practices in Eritrea and its origins.

That origin leads to the Eritrean regime that means a conscious reign of slavery, intentional impoverishment and human rights violations of thousands of Eritreans each month floating out of the country. Because legal emigration is practically impossible, refugees put their fate in the hands of government officials and smugglers.

The book reveals how individuals in Eritrea trade their compatriots in a complex regional system where government officials, military personnel and criminal gangs are involved – a system that is maintained by the tacit approval and involvement of the Eritrean government.

ICT plays in this process an important role. The use of ICT appears to be the key to the new modus operandi of this criminal market: mobile phones are used to compress and receive ransom off. ICT also ensures that the trauma of the events spread further, even beyond the primary victims of the smuggling through Sinai. The stories of tragedies are shared via telecommunication and digital networks are so integrated into the collective consciousness of despair, vulnerability and shame.

The trafficking of Eritrean refugees is a booming business in which billions are earned with the smuggling of people, but also by threats, kidnappings and even torture. Now Europe rig up ever stricter control mechanisms for migration and local governments turn a blind eye to this illegal practice, imprisoned Eritrean refugees in a vicious cycle of exploitation. As they forced cross crisscross the region, they are sacked, threatened, harassed, raped and held hostage for ransom.

Role for the European Union

Threats and intimidation are not reserved for refugees in Eritrea. Mirjam van Reisen is also emphatically itself on the retina at the Eritrean regime. In 2016, she was already charged in the Netherlands for libel and slander. ”After each publication on human trafficking followed many organized responses and shocking accusations,” said Van Reisen location at Mare on the ”long arm of Eritrea.

In the book, the authors describe a clear need for accountability and justice. They call to stop on the European Union’s discouraging refugees from Eritrea. Regional authorities to monitor public officials involved and actively prosecute gangs. But above all, new measures to tackle the problem where it originates: in Eritrea. 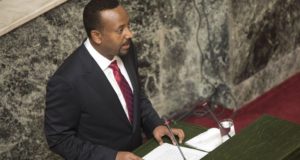 ልዋም ንባብ! - jun 6, 2018
0
The new government of Addis Ababa wants to open the country: to do so, it must close the dispute with the neighboring country, with...