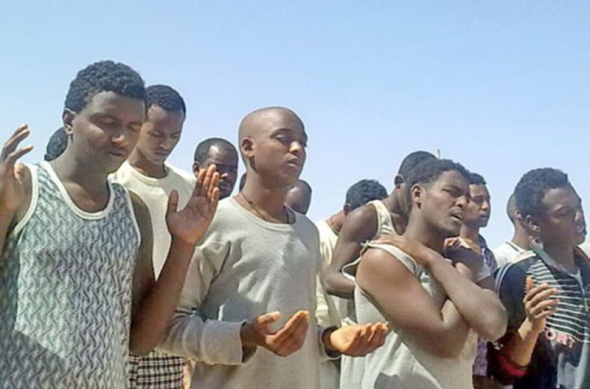 Human rights groups have reported that the number of Christians arrested in the Eastern African nation of Eritrea since the government began its most recent crackdown against Christians in May has reached at least 160.

Sources who spoke with the international religious persecution advocacy group Christian Solidarity Worldwide have put the number of Christians detained in raids in the capital of Asmara and seven other towns at about 170, according to a press release shared with The Christian Post.

Meanwhile, Release International, an organization that monitors and reports on Christian persecution in numerous nations across the globe, reported on Wednesday that around 160 Christians have been arrested.

In May, it was reported that nearly 100 Christians were detained, including 49 evangelicals who were arrested at a wedding party on May 21.

The authoritarian government’s recent crackdown on Christians comes 15 years after the government closed many nonsanctioned churches and banned religious practices not affiliated with state-recognized denominations such as the Catholic, Evangelical Lutheran and Orthodox Christian churches and Sunni Islam.

”Worryingly, this latest phase has been described to CSW as ’unprecedented in its intensity and rough treatment,'” CSW said.

CSW, which recently earned accreditation with the United Nations, notes that among the 160-plus Christians arrested are 33 women who are being held a Nakura, ”a notoriously harsh prison island in the Dahlak Archipelago that was created by Italian colonialists in the late 19th Century to crush political dissent.”

Most of the 33 women being held at Nakura are reported to be young mothers who have left approximately 50 children without parents to care for them.

A local source told Release International that 12 children are actually in prison with their parents, with the youngest child believed to be about two months old.

”Unbelievably more than 30 children have been left without parents or guardians and the security police are monitoring them to make sure they do not get support from the Christian community,” the Release International report states.

CSW Chief Executive Mervyn Thomas said in a statement that the increase in Christian arrests is a ”clear illustration that the persecution of unrecognized faith groups in Eritrea is continuing.”

”Moreover, the detention of these women, many of whom are young mothers, in a notoriously harsh facility simply on account of their religion or belief, is unwarranted, deplorable and in violation of Eritrea’s obligations under international law,” Thomas said.

According to Release International’s website, whole families are being arrested during this most recent crackdown on faith. The organization states that in the past, most arrested Christians were detained at Bible studies or Christian events. But now, ”believers are being arrested at their homes.”

”Security officials accompanied by an Orthodox priest are turning up at homes and questioning people over their religious affiliation,” Release International explained. ”All except Muslims, Orthodox, Catholic and Lutheran are liable for arrest.”

Eritrea ranks as the 10th worst nation in the world when it comes to the persecution of Christians, according to Open Doors USA’s 2017 World Watch List.

”The government’s attempt to control all religious institutions was particularly evident in the deposing and replacing of the Patriarch of the Eritrean Orthodox Church (EOC) [Abune Antonios] in 2007, and he has remained under house arrest ever since,” an Open Doors fact sheet states. ”The EOC itself persecutes those who leave the EOC and become Evangelical or Pentecostal believers.”

Thomas praised the United Nations Human Rights Council for passing a resolution earlier this month that extended the mandate of the special rapporteur on Eritrea for one year.

”Obviously, there has been no improvement in Eritrea’s human rights situation, and CSW warmly welcomes the renewal of the special rapporteur’s mandate, which will ensure continued human rights monitoring and follow up of Eritrea’s implementation of recommendations from the special rapporteur’s reports and those of the COIE,” he said in a statement.

”It is time to prioritize accountability for human rights violations; thus we reiterate our call for the international community to facilitate justice for victims of atrocity crimes, and to maintain pressure on the Eritrean regime until every prisoner of conscience is freed without precondition.” 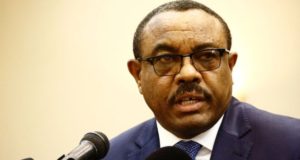