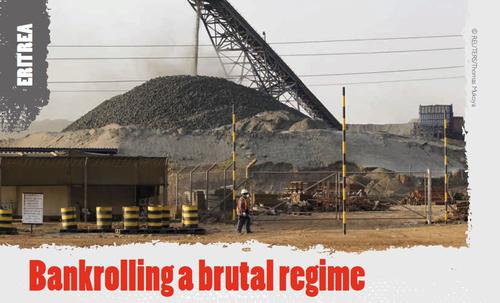 In the pursuit of profit British firms are turning a blind eye to human rights abuses and reinforcing a ruthless dictatorship.

The Eritrean people live in fear. Eritrea is one of the most repressive states in the world: no elections since 1993; a crackdown on press freedom; forced labour; arbitrary arrest and detention without trial; indefinite compulsory military conscription; and sexual violence against women and girls.

Yet these shocking human rights violations mean nothing to big business, whose only purpose is to exploit Eritrea’s wealth of natural resources. Right now in Eritrea, mining companies from around the world are bankrolling a brutal regime and are complicit in its forced labour system, whether through mining taxes paid to the state or investments made in mining construction projects.

In a country which does not publish a national budget and where state revenues are unknown, mining companies are providing funding to Eritrea’s totalitarian state. Join War on Want to demand international action to halt corporate complicity in these ongoing human rights abuses.

Fleeing terror: the legacy of war

Eritrea gained independence from Ethiopia in 1993, following three decades of war. A further war between the two countries from 1998 to 2000 cost tens of thousands of lives. Since then Eritrea has become one of the most totalitarian states in the world.

The number of Eritreans fleeing repression and seeking refuge in Europe has increased five-fold since 2008. More than 45,000 Eritreans applied for asylum in Europe in 2015.

By: War on Want 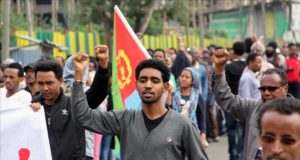 ልዋም ንባብ! - nov 2, 2017
0
Demonstrations have reportedly been held in port town of Massawa, Agordat and in capital Asmara For the first time in 25 years since it became...