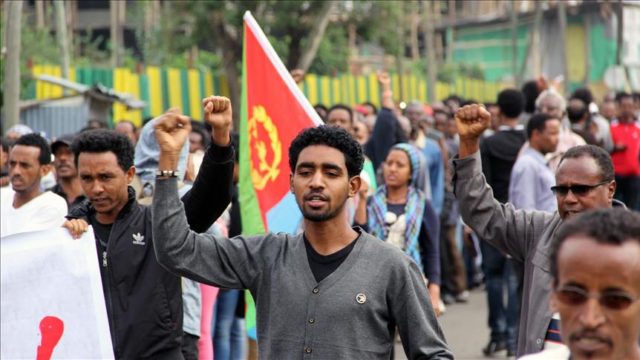 Demonstrations have reportedly been held in port town of Massawa, Agordat and in capital Asmara

For the first time in 25 years since it became independent, Eritrea has witnessed a wave of anti-government demonstrations on Tuesday and Wednesday in numerous parts of the Horn of Africa nation.

Demonstrations, according to numerous sources, have been held in the port town of Massawa, Agordat and in the capital city Asmara.

In a travel warning, the U.S. embassy in Asmara advised ”U.S. citizens to avoid the downtown area [in Asmara] where protests appear to be more prevalent. Streets in the downtown area may be closed, police continue to maintain a significant presence.”

According to Eritrean opposition sites, the demonstrations began after the closure by the government of an Islamic school.

An official of the Red Sea Afar Democratic Organization — an Eritrean opposition group operating in neighboring Ethiopia — has put forth the number of at least 28 deaths due to crackdown by security forces since Tuesday. This number could not be independently verified as the country remains essentially closed off.

Eritrea seceded from Ethiopia in 1993 and has been led by Isaias Afwerki ever since.

Between 1998 and 2000, a fierce war opposed Eritrea and Ethiopia, reportedly claiming the lives of nearly 70,000 people. The war began after Eritrean forces had invaded the border town of Badme, where clashes have been .

There are currently more than 260,000 Eritrean refugees in Ethiopia.

You left for love – The other side of fear

Eritrean refugees in Ethiopia protest against their president 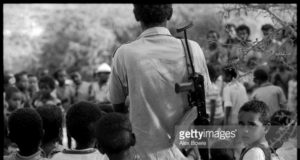 Because red is our blood