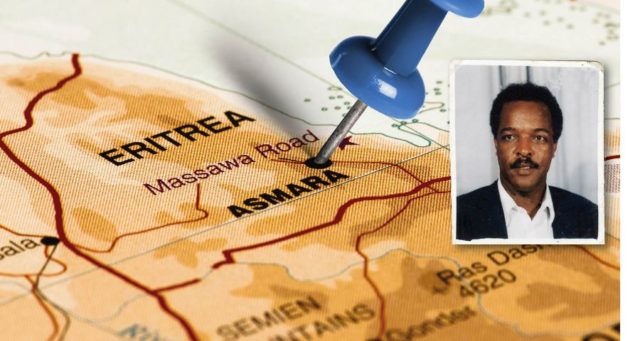 Five European Parliamentarians: Harder pressures are the only way to get answers from the dictatorship

DEBATE. Just today, September 29th, it is 5 850 days since the Swedish-Eritrea journalist Dawit Isaak was arrested and imprisoned without prosecution or trial, without legal protection and without respect for human rights. It’s enough now.
The clock is ticking and the stolen time for Dawit Isaak is increasing incessantly. Now something has to happen.

The silent diplomacy has worked in the background and the UD continues with this. We would like to believe that great efforts are being made, but we can not help but feeling that both states and politics could have acted more emphatically. There has been a flatness in the efforts to get Dawit Isaak released.

It took a long time before Dawit Isaak was taken seriously. More power should have been taken from the beginning to get him free. Now it’s been 16 years. And still nothing. Something has to be done!

Obviously, it is no longer enough with beautiful and beautiful words. Sweden, the EU and the international community must begin to speak the same language as the Eritrean government uses.

A concrete act that Sweden and the EU can begin immediately is to restrict access for Eritrean diplomats to the European Union. We have always seen how these diplomats are able to work without problems and with free movement in the EU. Eritrea is after all a dictatorship. Limit the scope of action as long as Eritrea does not comply with international conventions and respects human rights.

In the European Parliament, the Sakharov Prize is awarded every year since 1988. A prize named after Andrej Sakharov – a Soviet civil rights fighter and Nobel Prize winner.

Prize awarded ”to people who have made significant efforts in the fight for human rights worldwide and highlight human rights violations and support the prize-winners and their struggle.”

Dawit Isaak has been nominated for the prize many times, but this year his case has received new attention, much thanks to the support of our entire Social Democratic Group in the European Parliament, the only political group that nominates him.

Who will be the three final candidates is not yet decided, but for the first time it feels like an actual opportunity for Dawit Isaak to become one of the finalists and also the one who will be nominated for this year’s Sakharov Prize winner.

More severe pressure on the Eritrea government, from all directions, seems to be the only way left. We therefore believe that greater financial pressure on Eritrea is a way to take.

Terms of money that the country receives. Claim that human rights must be respected. Make the rule of law unbelievable even in Eritrea. Put hard on hard – but also ensure that the country’s population does not suffer. It is the government that is forced to comply with democratic rules.

It is not just Dawit Isaak we are fighting for. In Eritrea many others are also detained without trial and without legal protection. It’s unacceptable. It is about opposition votes, journalists and innocent civilians. Eritrea must confirm and respect human rights.

16 years of insecurity, anxiety, anxiety, apathy, desperation and fear of his health. 16 years of silent diplomacy and of international pressure that did not help anyone. Nothing has happened. No information about Dawit Isaak lives, on trial, about release. Nothing.

The clock is ticking. The EU and Sweden must put more pressure on Eritrea. Life is not endless. We as politicians and fellow human beings are angry, enlightened and with growing concern.

A conversation among us

ልዋም ንባብ! - nov 28, 2017
0
“It’s important that no company is above the rule of law,” said Amanda Ghahremani, legal director at the Canadian Centre for International Justice. In one...