New guidance from the Migration Supreme Court regarding citizens from Eritrea is of great practical significance for many asylum seekers. The Migration Workshop welcomes new practice in this area.

A new verdict in the Migration Supreme Court has led the Swedish Migration Board to update its legal comments regarding persons from Eritrea who apply for asylum in Sweden.

– ”The guidance of the Migration Supreme Court is awaited because asylum seekers from Eritrea constitute a large group, country information is difficult to assess and the question of accredited political opinion is widely used for this nationality,” says Migration Board Deputy Legal Director Carl Bexelius in a press release from the Migration Board.

The ruling of the Migration Supreme Court is about an Eritrean citizen who illegally left the home country in order to escape the national service.

Eritrea’s national service consists of an arbitrary system where the mandatory 6 month military and 12 month community service is used as both punishment and reward.

In reality, national services may be much longer or shorter depending on how well a person adapts to the regime and many choose to try to leave the charge illegally.

For those who are forced to return to Eritrea, the punishment can be severe because the regime sees travel without permission and attempts to escape the national service as opposition acts.

The punishment that a person returning to Eritrea expects can, therefore, in turn justify the Swedish pledge of ”assigned political opinion” – a persecution ground that can give refugee status in Sweden in an asylum test.

The Migration Supreme Court makes the same assessment for those who abandoned the so-called people’s army in Eritrea, as they also risk long prison sentences.

The big difference is that the temporary Swedish legislation only allows persons with refugee status to have the opportunity to family reunification.

Eritreans is one of the largest group of citizens seeking asylum in Sweden with 531 asylum seekers up to and including June this year.

The group is in fifth place after Syria, Iraqi, Afghan and stateless. 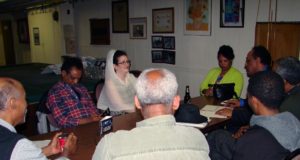 Toronto Geared for High Speed for the Momentum