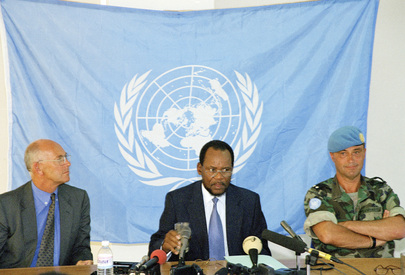 It appears that there are new efforts to ‘engage’ or ‘re-engage’ with the Eritrean regime led by President Isaias Afwerki. Yet the international organisations attempting to do this appear to have learnt few lessons from the failure of previous attempts to mend fences with the Eritrean authorities.

As I indicate below, the lessons the United Nations learned when they sent troops to patrol the Ethiopia – Eritrea border, and the EU’s later experience of attempting to provide aid, are particularly relevant.

Soon after the border war that erupted between Ethiopia and Eritrea ended in mid 2000, the United Nations attempted to put a force of peacekeepers along the disputed frontier.

The United Nations Mission in Eritrea and Ethiopia or UNMEE was established under the control of a Botswanan (Joseph Legwaila) and his British deputy, Ian Martin, while the troops were controlled by a Dutch officer, Major-General Patrick Camaert. Together they made up a powerful team, determined to try to use their 4,200 troops and 220 military observers to prevent a further eruption of conflict.

Andebrhan Welde Giorgis, who was assigned by President Isaias to oversee the Commission for Co-ordination with UNMEE has now written about the frustrating time he faced while in the post.

Ethiopia was determined not to recognise the border demarcated between the two nations by an international boundary commission, and refused to remove its troops from the Temporary Security Zone all along the border. While this was a blow to UNMEE’s work, Eritrea was also at fault.

As Andebrhan makes clear, President Isaias ordered that the UN’s Status of Forces Agreement (a standard agreement regulating UN troops on foreign soil) should not be signed. Nor should the UNMEE forces be given freedom of movement to carry out their task.

“Having negotiated the final version and agreed on a date certain for the signing ceremony,” writes Andebrhan, “the president told me that we would not sign the agreement. He gave me no reason when I asked him ‘why not.’” This was just the start of an increasingly difficult relationship between the UN and the Eritrean government.

Attempts by the UN Secretary General, Kofi Annan, to resolve the issues made no progress. While Ethiopia prevaricated over the border demarcation, President Isaias went out of his way to make life difficult for the UN peacekeepers. UNMEE peacekeepers found it increasingly hard to operate inside Eritrea, with mounting restrictions on what they could do and where they could travel to carry out their task of monitoring the border.

On 29 September 2006 the Security Council, running out of patience with Eritrea, passed a resolution (1710) demanding that “Eritrea reverse, without further delay or preconditions, all restrictions on UNMEE’s movement and operations.”

The UN might as well have saved their collective breath. Eritrea (and Ethiopia) refused to budge and in the end the operation was terminated. On 30 July 2008 UNMEE was officially disbanded by the UN.

The UN is not the only international body to have suffered at the hands of the Eritrean government.

Attempts to deal honestly with the Eritrean government and its agencies have ended in failure.  When a European Union diplomat attempted to raise the issue of the misuse of aid in 2006, he was expelled.

Nor was this the first failure. In 2001 when the European Union protested about the ruthless crackdown on students, journalists and senior politicians, their representative was also expelled from the country. The EU and European diplomats at first protested vigorously.

At first Europe demanded that Eritrea improve its human rights record before normal relations could be resumed. But President Afwerki did nothing of the sort, assuming that he could outlast the EU’s anger. He was right: it was the Europeans who buckled. As time passed the EU reassessed its relations with Asmara. Although there had been no sign of movement on human rights it was decided to try to have a “new beginning” with Eritrea.

In May 2007 the president was invited to visit Brussels and was warmly welcomed by the then EU development commissioner, Louis Michel.

By August 2009 Michel was sufficiently encouraged that progress could be made that he visited Asmara, after receiving assurances from an Eritrean diplomat that Dawit Isaak, a Swedish-Eritrean journalist imprisoned in 2001, would be released into his care. Having booked a ticket for Isaak to return with him to Europe, Michel flew to Asmara.

But once he arrived it became apparent that the president had no intention of allowing the journalist to go free. Michel was not even permitted to visit the prisoner and returned home humiliated.

Despite these setbacks, the EU remained wedded to attempting to improve its relationship with Eritrea.

In 2009, European and American diplomats discussed whether to strengthen military sanctions against the country. A US diplomatic cable, released via WikiLeaks, revealed that EU representatives called for engagement with Eritrea rather than isolation.

The Italians described Eritrea as governed by a “brutal dictator” and noted that it had “not gotten results from its efforts at engagement”, while at the same time cautioning against “creating another Afghanistan” by imposing sanctions. The French said that while engagement was “useless”, they would continue on this track as there was no other option.

Europe’s refusal to learn from the past

Despite these repeated setbacks, the EU is determined to engage in fresh attempts to mend fences. This is not driven by a desire to improve the position of Eritrean people, but rather (as EU officials privately admit) by a desire to reduce the exodus of refugees who leave the country, only to end up crossing the Mediterranean and arriving on European soil.

Funds worth E200 million have been allocated for aid projects.  The latest assessment by the EU representative in Eritrea is distinctly upbeat.

We have made good progress in the last couple of years: the implementation of the last programs of the 10th European Development Fund is ongoing; we signed last year the National Indicative Program under the 11th EDF and we have finalized a first package of projects and programs under this framework, amounting to almost 90 M€, for approval of EU member states; we hope that implementation of this program can start in the last quarter of this year.

How this work will be assessed and what kind of independent scrutiny of the aid will be undertaken is far from clear. Eritrea has routinely rejected any attempt to operate independently of government: the only civil society organisations that exist are controlled, operated and monitored by the regime and the ruling party – the PFDJ.

Learning from past failure

What is clear is that both the EU and the UN have repeatedly been pushed around by the Eritrean government. President Isaias is an autocrat who does not share power with his own people. He is certainly not going to allow any autonomy for outside organisations (no matter how well-meaning) to work in Eritrea.

There is little reason to believe that present-day attempts to ‘reach out to’ the Eritrean government by beginning a ‘fresh engagement’ will end any differently from previous initiatives.

These initiatives come despite there being no evidence of any improvement in human rights in the country.

As Sheila Keetharuth, the UN’s Special Rapporteur on the situation of human rights in Eritrea explained to the UN Human Rights Council on 14 June, the situation in the country has not improved in any way. “Presenting her report to the Council, Ms. Keetharuth said that Eritrea had not made any effort to address the human rights concerns highlighted by the Commission of Inquiry, and had not shown willingness to tackle the impunity of the perpetrators of past and ongoing human rights violations.  Conditions in detention remained harsh, leading to irreparable damage to the health of prisoners, in some instances even causing death.”

Nor has the situation of National Service changed. Despite promises from senior government officials that this would be reduced to 18 months, this has not taken place. Conscription is still enforced indefinitely – sometimes for over 20 years.

It is hard to see how the UN or EU engaging with the Eritrean regime will improve the lot of the country’s people.

SPECIAL ISSUES – They Have Been Calling As Asses 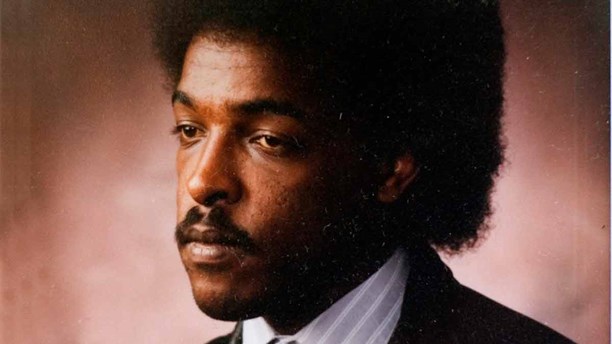 Sweden’s only conscience – this is Dawit Isaak

ልዋም ንባብ! - okt 25, 2017
0
Dawit Isaak is Sweden's only conscience prisoner. Isaak is a Swedish citizen and has been injured in a prison in Eritrea since 2001 - without...