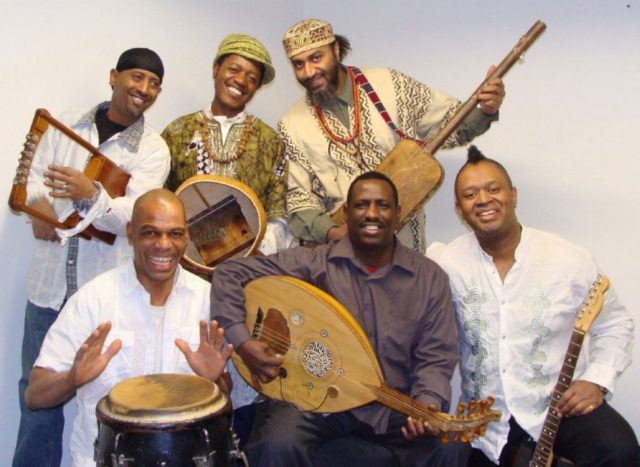 The taxi driver who picked up a Star reporter after the 2017 Juno Award nominees were announced Tuesday was in a particularly good mood, and for good reason: He had just walked out of Toronto’s Rebel nightclub after learning his musical group was among the Juno contenders, and had been interviewed by that same reporter on the red carpet minutes earlier.

Daniel Nebiat, a 44-year-old musician originally from Eritrea, is one of nine members who make up the Okavango African Orchestra, which was nominated for the World Music Album of the Year. He plays the krar, a six-stringed instrument from Eritrea and Ethiopia, sings in his native Tigrigna and, for the past three years, has been a driver for Toronto’s Co-op cabs.

“I woke up at 3 o’clock in the morning, I started driving at 4 o’clock,” Nebiat said. But then “they told me to come (to the nominations ceremony) . . . so I came there, parked my car and went in.”

About an hour later, still clad in his usual driver getup — a black cap, and a zip-up hoodie on top of a grey T-shirt — Nebiat was walking the red carpet at Rebel with fellow orchestra mate Tichaona Maredza, newly minted Juno nominees posing for flashing cameras and giving interviews to media.

“This is my first Juno nomination, that’s why you saw me there looking confused,” Nebiat confessed about two hours after the event. “I didn’t know what to do because I’ve never been in a situation like that.”

But the sudden fame didn’t faze him. Instead of taking the rest of the day off to celebrate after the festivities wrapped up, Nebiat immediately walked back to his car and got back to work, driving up to the front of Rebel where event attendees were still trickling out.

The first person who happened to reach his cab was a rather weary Star reporter who’d been waiting for a taxi to get back to the newsroom.
“How’s your day going?” she asked as she got in.

“It’s going amazing,” he responded, grinning ear to ear as he turned around. “I just got nominated for a Juno.”

Nebiat, who grew up in the Eritrean capital of Asmara, said he’s been singing since he was a child, taking part in an Eritrean tradition of going door to door as part of New Year’s celebrations and singing for neighbours in exchange for small gifts or money. When he was 11, he used the money he’d earned from singing to buy his first krar.

His mother did not approve.

“I don’t want it to sound like a cliché, but family doesn’t want you to be a musician and my mom was not happy” about the krar, Nebiat recalled. “She got rid of it, she broke it.”

The cycle — Nebiat would buy a krar, his mother would break it, he’d go sing to earn more money to buy another one — would continue until he was about 16, when his mother, who ran a café, asked him to help with the business.

“She didn’t have nobody to help her in the restaurant, so she asked me to work there,” Nebiat said. “I said, ‘OK, if you let me play my music, I’ll help you,’ so she stopped breaking my instruments.”

Nebiat said his mother has since become his biggest fan.

After immigrating to Toronto in 1996, Nebiat continued playing the krar and singing, performing at weddings, community functions and concerts while occasionally supplementing his income with a courier or delivery gig, but said he decided to take up driving a taxi after getting married and starting a family three years ago.

“I have kids now, so life is a little bit more complicated than when you are single. . . . So to support my kids and my family, I have to do taxi,” he said.

He got involved in the Okavango African Orchestra around the same time after being approached by Nadine McNulty, the artistic director for the Batuki Music Society, which is dedicated to promoting and advancing African arts and culture in Canada. The orchestra, which takes its name from the Okavango Delta basin in Botswana, now consists of nine members from seven African countries who play 12 instruments and sing in 10 languages.

Although he said he’s still processing the orchestra’s nomination, Nebiat said one of the biggest parts for him is that, as far as he knows, he’s the first Eritrean-Canadian to be part of a Juno-nominated group. (A spokesperson for the Juno awards said the organization does not collect birthplace information from submitters.)

“I’m just happy to represent my culture, my background, my music and everything that I’ve been working for since I came here,” Nebiat said.

“One of the songs I did on this CD is ‘Yohanna.’ It means congratulations to my country, so by being nominated for the Junos, I can say yohanna to my Eritrean community in Toronto. I feel great, I feel amazing.”

Nebiat then got back in his cab to pick up more passengers, continuing until his shift ended at 4:30 p.m.