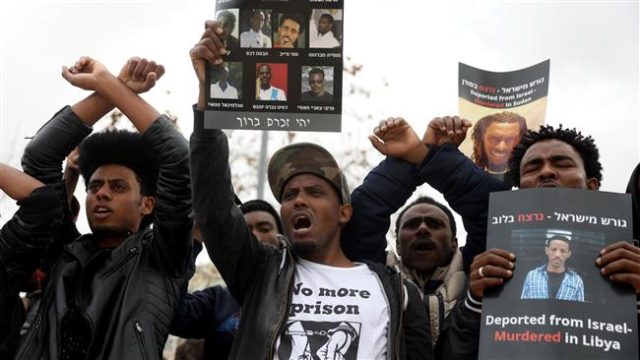 Hundreds of African refugees have held a protest rally in front of the Israeli Knesset (parliament) to voice their anger at the Tel Aviv regime’s policy of mass detention and deportation against them.

Israeli media reported that some 1,000 protesters, mostly Eritreans and Sudanese, gathered outside the legislature as well as the Supreme Court in Jerusalem al-Quds on Thursday.

Some were holding up banners reading, “Black lives matter,” and “Don’t force us to leave and look for refuge elsewhere.” Others were carrying pictures of the refugees, who had been deported.

More than 10,000 African asylum seekers, mainly Sudanese and Eritreans, have been held at the Holot detention facility in the Negev, with officials there allowed to keep them for a maximum of 12 months.

Tel Aviv has sought to strike deals with other African nations to take in some of the African refugees.

However, the organizers of the Thursday march say asylum seekers who have been deported to third-party African states face the risk of being repatriated back to their homeland.

In a letter addressed to the Supreme Court justices, the organizers of the march denounced the deportation policy as “coercive”, saying, “This policy is cruel, illegal and unacceptable. We should not be imprisoned or thrown to other countries in Africa that are not ours and don’t accept us.”
Less than one percent of the asylum seekers have had their pleas recognized by the Israeli authorities since the regime signed the UN Refugee Convention around six decades ago.

During the march, Tekle Negash, a 21-year-old Eritrean refugee who came alone to Israel in 2012, said he has been kept in Holot for the past three months under “horrid” conditions.

“It’s very crowded, and there is only one shower and one toilet for us,” he said. “The food there is very bad, and in the summer it’s very hot, and in the winter it’s very cold. We can leave for 12 hours, but we are not allowed to work.”
Media reports in the past years have suggested that a number of African states have reached secret agreements with Tel Aviv, in which they accept unwanted refugees in return for arms, military training and other aid from Israel. 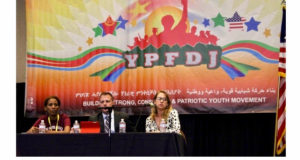