The Sudanese army has deployed thousands of troops on its borders with Eritrea, after Egypt sent its own soldiers, in coordination with the UAE, to an Eritrean base in Sawa. According to Al-Jazeera,the Sudanese forces have already reached the Kassala border garrison, while both Sudan and Ethiopia have declared their borders with Eritrea closed.

The Assayha Sudanese newspaper quoted Ethiopian sources as saying that the government of the Ethiopian western region sent military reinforcements to the border triangle with Eritrea and Sudan. The same sources revealed details of Eritrean military reinforcements supported by Egypt, as well as rebel movements from the Darfur region in western Sudan, gathering near the Sudanese-Eritrean border.

The Sawa base, which is located in the Gash-Barka region bordering eastern Sudan, is the main centre for training National Service soldiers. Al-Jazeera reported that a meeting was held at the base which included a number of military and security leaders from Egypt, the UAE, Eritrea and the Sudanese opposition represented in some Darfur and eastern Sudan movements.

The Sudanese Foreign Ministry said in a brief statement on Thursday that it had decided to summon Sudan’s ambassador to Egypt, Abdel-Halim Mahmoud, back to Khartoum for consultation. The ambassador’s recall came after renewed tension between the two countries last month on the back of Turkish President Recep Tayyip Erdogan’s visit to Khartoum.

During his visit, Erdogan announced that he had received President Omar Al-Bashir’s approval for Ankara to manage and rehabilitate Suakin Island on Sudan’s Red Sea coast. This was an important port during the Ottoman era, but Sudan’s decision generated controversy and harsh criticism from the Egyptian and Gulf media. Some even talked about an alliance of Turkey, Iran and Qatar, which was denied by Sudanese and Turkish officials.

The Egyptian media has been waging a fierce campaign against Khartoum, accusing the Sudanese President of supporting Ethiopia and its Renaissance Dam on the Nile. On Wednesday, Sudanese newspapers reported that Cairo had asked Addis Ababa to exclude Sudan from the negotiations about the dam, although the Egyptian Foreign Ministry denied this.

Sudan’s decision to recall its ambassador from Cairo came hours after the Head of the Sudanese Border Technical Committee, Abdullah Al-Sadiq, accused Egypt of trying to “drag Sudan into direct [military] clashes.”

Furthermore, Khartoum described Cairo’s actions in the Hala’ib and Shalateen area as “provocative”. The latest incident was when the Egyptian Minister of Religious Endowments, Mohammad Mukhtar Jumaa, delivered a Friday sermon in Hala’ib, which was seen as the consolidation of the “de facto policy” pursued by Cairo to assert its sovereignty over the disputed area. 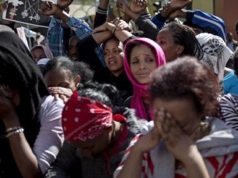 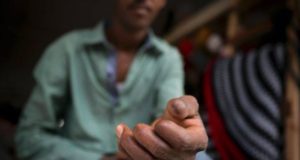 ልዋም ንባብ! - maj 18, 2017
0
Below is a press release from the Aid Organisation for Refugees and Asylum Seekers in Israel. The organisation (ASSAF) explains the impact of a new...