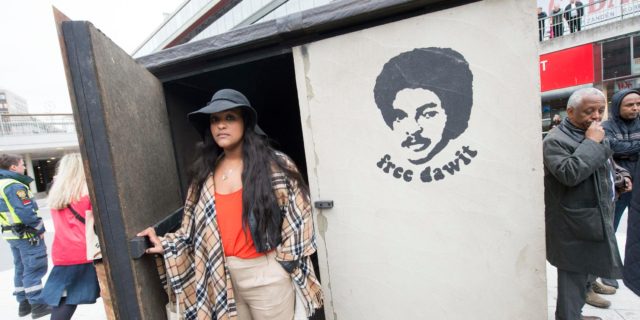 The EU. After 16 years in prison in Eritrea, journalist and writer Dawit Isaak can today be honored with the European Parliament’s finest prize.

The 52-year-old Swedish Eritrean is one of the three finalists in the fight for this year’s Sakharov Prize for freedom of thought.

Dawit Isaak has been nominated by both the Social Democratic Party Group S & D as a cross-political group including among all the Swedish EU parliamentarians, apart from the two from the Swedish Democrats.

”Every day, he is held captive, just because he used the pen as a weapon in defense of the citizen’s freedom and rights against Eritrea’s dictator Afewerki, is a major political failure for Sweden and for the EU,” said European Parliament MP Cecilia Wikström (L) when Isaac was nominated.

Dawit Isaak was one of the three final candidates already in 2009.

Whoever gets the prize this year is decided at lunchtime by the European Parliament’s Speaker and Group Leader. Last year, the Sakharov Prize went to the Yazid terrorist victims Nadia Murad and Lamiya Aji Bashar from Iraq.