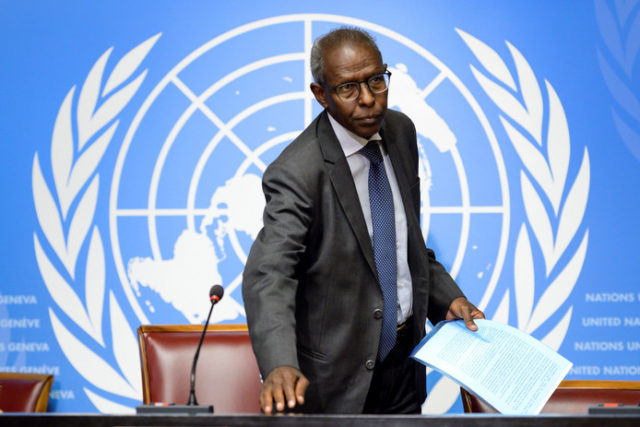 A majority wants to know if the government is stabbing a stop to the congress of the youth movement of the only political party in Eritrea, this Easter weekend is held at an unknown location in our country. At that congress speaks the second man of the regime in the East African country.

SP, GroenLinks, VVD, D66 and PvdA now ask questions to Minister Bert Koenders of Foreign Affairs. The parties believe that the arrival of the high party official from Eritrea there is unwanted interference of the Eritrean government Eritreans living in the Netherlands.

The government is the issue in his stomach because of the human rights situation in the country. The regime in Eritrea has for years been criticized by the UN because of human rights abuses and exploitation of the population. The ”long arm of Asmara,” the capital of the country, would continue to try to keep a grip on Eritreans abroad and require them to pay taxes. ,, The government will therefore uncomfortable visit of Mr. Gebreab because high Eritrean official Eritreans will speak who have left their country, ”reads the statement.

Minister Lilianne Ploumen, which today observed nonresident Koenders, spoke of a ”very uncomfortable situation. The Eritrean politician Yemane Gebreab could be refused as her visa because he is in possession of a visa from a Schengen country. The MPs posing parliamentary questions, wanting to know if it is possible to refuse the application of such visas to people involved in the Eritrean regime. The questions should be answered this week, demanding the parties because the meeting is held over the Easter weekend.

20,000 Eritreans live in the Netherlands, including several thousand asylum seekers who fled to Europe in the last few years. They fled the repression and poor economic situation in the country. ,, It is unlikely that they, coming at such a conference. The zulllen especially Eritreans who have been here longer, ”says Jan Abbink of the African Studies Center in Leiden. ,, The purpose of the conference can also be read as forward keep money and continue the difficult opponents of the regime. ”

The comparison with Turkey arises. The government prevented mid-March, the arrival of a Turkish Minister to our country to withdraw landing rights. Another minister, who traveled from Germany to Rotterdam, could not speak. The government did not want the ministers were campaigning for the referendum on Erdogan. Moreover, public policy issue.

According to SP MP Jasper van Dijk public policy now at stake. He argues that the party, PFDJ, resident asks Eritreans money in the Netherlands. ,, Give you money, you’ll immediately blacklisted. That seems intimidation. ” 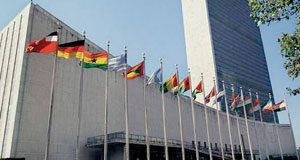 UN Security Council to hold meeting on terrorism in the Horn...

ልዋም ንባብ! - jun 22, 2017
0
Today’s meeting will be informal, with the Security council holding what is known as an “Arria-formula meeting” . It will be off the record. Co-hosted...