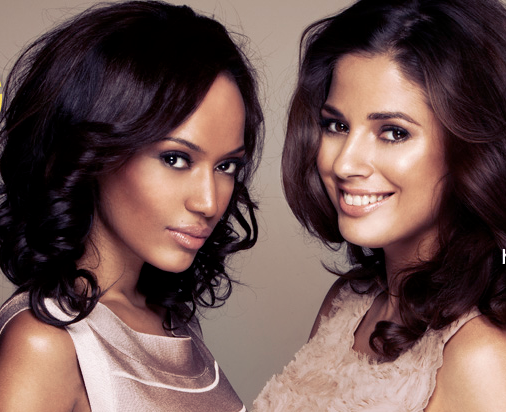 Elsabel “Bel” Yemane was born in Eritrea and raised in London. She began working as a model after being scouted as a teenager, and has since worked across three continents, appeared in countless magazines and on innumerable catwalks.

Bel has modelled for brand name clients such as Adidas, Marks & Spencer’s, Pantene and Galaxy Chocolate, just to name a few. She particularly enjoys working for designers such as Eki Orleans, who promote fashion styles inspired by their shared African roots.

When she’s not walking the catwalks at Fashion Week, or spending 3 months in Cape Town on a modeling assignment, you can find her here. At the gorgeous Bel’s Salon which she is the proud owner of.

The salon itself is, by all means, beautiful. From the French baroque-ish mirrors to the old fashioned telephone that sits on the counter, it just screams old glamour. The warm brown earth tones within the salon are welcoming, and the walls are graced by her modelling shots.

Although, she owns the salon people are impressed by how hands on she is. Bel washes the hair, then puts a Henna and Almond conditioning treatment in, and lets it sit. Clearly, she knows what she’s doing and what her clients want.

While under the dryer, one of the clients took the opportunity to ask her about her life. She was born in Eritrea, and her family moved to London where she grew up mostly in the North West. She currently lives around the corner from the salon.

She has a very bustling modeling career, and has actually modelled for many well-known companies and labels. Having just finished the River Island promo video, and recently returning from Lagos fashion week. Bel also made model shootings for Adidas, Mizani, Argos, Galaxy, Debenhams and much more, and has graced the covers and editorials of numerous magazines.

Elsabel’s professional model career started 4 years ago, prior to that, she was just an ordniary model doing odd shoots here and there.

Around this time last year Elsabel had the sporadic idea of opening a beauty salon. “I basically just walked past a salon and funnily enough, it’s on Bell street in Edgware road. I saw it was empty, and something made me walk in to ask what’s going on and if she wanted to hand it over”.

At first she rented a chair in the saloon to get an idea of the area and few month after she decided to take over the whole shop.

Later on, Elsabel came across another location which was bigger and on the main road, so she took that instead. “Once I have an idea that keeps me up brainstorming, I have to go for it” Elsabel says. 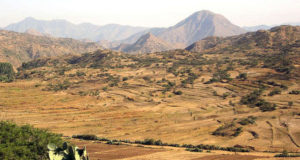 ልዋም ንባብ! - mar 10, 2017
0
March 9, 2017 - Human trafficking is a billion dollar industry in Eritrea and the regime in the East African country deliberately plays an...