During two years, Switzerland imported roughly 400 million Swiss francs from a mine in Eritrea, 40 percent of which is owned by the repressive regime. The Aargau politicians Yvonne Feri and the mayor Philipp Müller criticize the procedure sharply.

From 2011 to 2013, roughly 400 million Swiss francs were imported into Switzerland from Eritrea. Swiss companies have refined the gold and made gold bars from it. That makes for criticism. ”For me, the question is whether the Federal Council knew about these deals,” says Aargau Councilor Philipp Müller (FDP) against ”Rundschau”.

It would not be possible for Switzerland to finance such a regime, which would lead thousands of people to flee, said Müller. SP-National Councilor Yvonne Feri also criticizes the ”morally absolutely reprehensible” business practices. From no other country as many asylum seekers come to Switzerland as from Eritrea.
According to the ”Rundschau”, the Bisha mine, from which Switzerland has purchased gold, is one of the most important sources of income for the Eritrean government of President Isayas Afwerki. A former worker lives as a refugee in Switzerland and tells of the unhappy circumstances: ”It was incredibly hard. In the middle of the desert and over 45 degrees hot. Some workers have died, ”says Abadi Gebremeskel. ”I estimate that some 80 per cent of the workers came from the military service and were forced to work.”

The Confederation is committed to greater transparency

The Federal Government responds with general answers to the questions of ”Rundschau”. One is in favor of more transparency in the commodity trade. ”The case you have researched shows the importance of transparency”, writes the Secretariat-General of the Federal Police and Judicial Department (FDJP).
More about today in the ”Rundschau” at 20.55 clock on SRF 1. 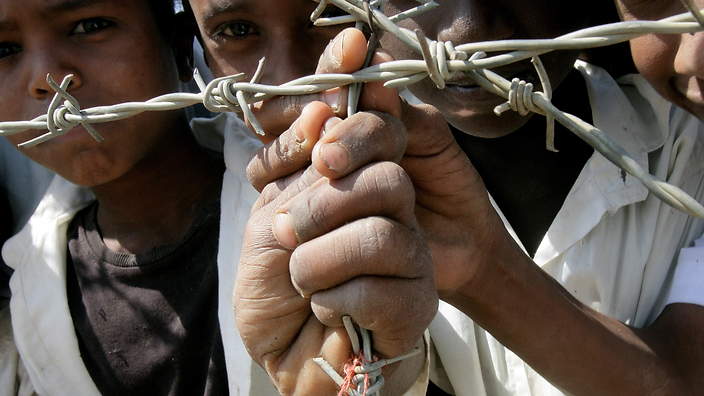 ልዋም ንባብ! - jun 6, 2017
0
To Permanent Representatives of Members and Observer States of the UN Human Rights Council Geneva, 5 June 2017 RE: Renewing the mandate of the UN Special Rapporteur on...