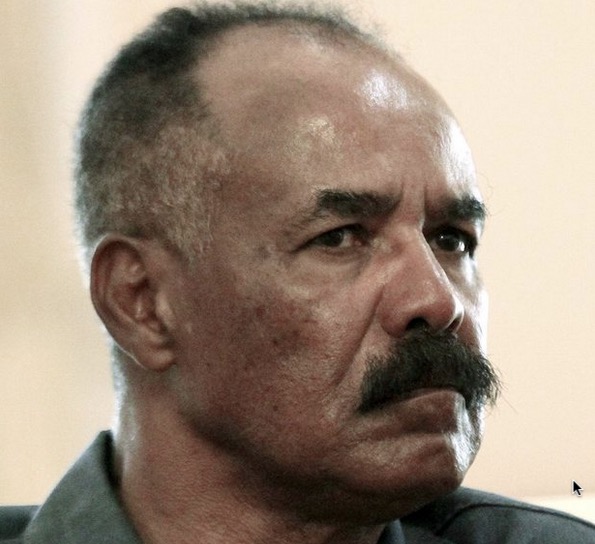 Want to understand why the international community (and not just the West!) tears its hair out about dealing with Eritrea? Just read on.
Martin

The Chair is expected to update Council members on any notifications and exemption requests concerning the arms embargoes on Somalia and Eritrea. The briefing will touch on the 21 April midterm update of the Somalia and Eritrea Monitoring Group (SEMG). In this update, the Group reported that Al-Shabaab remains the most significant threat to peace and security, while an ISIL-affiliated extremist group is increasing in size. The resurgence of piracy off the coast of Somalia, as well as the charcoal ban, is also likely to be addressed.

On Eritrea, Umarov will probably update Council members on developments pertaining to allegations made last year by Djibouti and another member state of weapons transfers from Eritrea to Al-Shabaab. It appears that these countries have not yet provided the SEMG with evidence to substantiate their claims. The Monitoring Group has reported that Eritrea continues to support other opposition groups in the region.

The Chair may also address the Djibouti-Eritrea conflict. In recent years, the Security Council has asserted in sanctions resolutions on Somalia-Eritrea that the Djibouti-Eritrea conflict constitutes a threat to international peace and security. In addition to reiterating this assertion, the most recent resolution on Somalia-Eritrea sanctions (resolution 2317 of 10 November 2016) encouraged further mediation efforts by Qatar in order to resolve the border dispute between Djibouti and Eritrea and the issue of Djiboutian combatants missing in action since the clashes in 2008, The resolution urged Eritrea to share, including with the SEMG, any available detailed information pertaining to the combatants.

The Djibouti-Eritrea dispute has become of increasing concern, following Qatar’s 14 June announcement that it would no longer mediate between the parties and its withdrawal of peacekeeping forces from the border areas. On 16 June, Djibouti accused Eritrea of occupying disputed territory along their mutual border. The AU Commission subsequently announced that it was available to Djibouti and Eritrea to help “normalise their relations and promote good neighbourliness”, and that the Commission, in consultation with the parties, would deploy a fact-finding mission on the border. Ambassador Smail Chergui, AU Commissioner for Peace and Security, had been scheduled to travel to Asmara to discuss developments in the region with Eritrean authorities; however, at the request of the Eritrean authorities and due to scheduling conflicts, that visit was postponed, and new dates are to be agreed upon in consultation with the Eritrean government. The SEMG has also requested access to the border area, but has only gained clearance from the Djiboutian side.

The level of engagement with the Eritrean government may also be raised. Following months of attempts to arrange a Chair’s visit to the region that would include a stop in Asmara, it appears that the Eritrean government agreed to have the Chair visit later this month, during a regional mission that would also include stops in Addis Ababa, Djibouti City and Mogadishu. However, after agreement was reached on the itinerary, Eritrea informed the Chair that the proposed dates for the visit to Asmara were not workable, and the visit to the region has been postponed.

This postponement followed considerable discussion in the sanctions committee and with Eritrea, regarding whether the Chair should visit Asmara alone or be accompanied by the Sanctions Coordinator in the Secretariat. The Committee ultimately agreed, prior to the postponement of the visit, that the Chair could travel to Eritrea unaccompanied by the Sanctions Coordinator.

The Council began discussions in April on a review of the sanctions measures on Eritrea, in line with its intentions outlined in resolution 2317 of 10 November 2016. The UK, as penholder, convened Council members twice to take stock of the positions of all members regarding a potential presidential statement that would establish a road map on the way forward on Eritrea sanctions.

However, these discussions were put on hold following recent developments between Djibouti and Eritrea, which have underscored the complexities of regional political dynamics.

ልዋም ንባብ! - okt 18, 2016
0
Eight Eritrean women enslaved by IS have turned themselves in to the Misrata-led forces of Al-Bunyan Al-Marsoos in Sirte, sources reported. The sources indicated that...