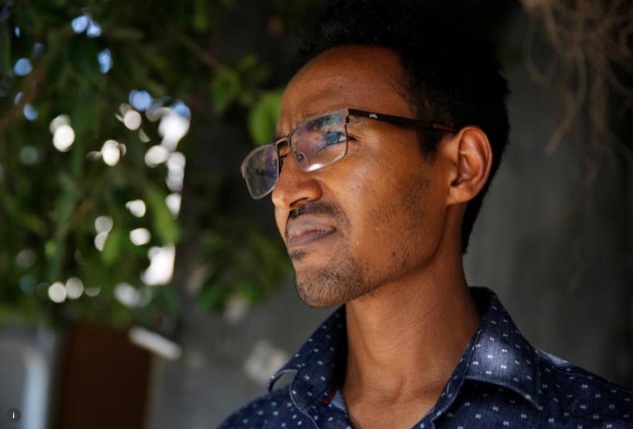 * Many migrants do the jobs Israelis refuse to do

The 29-year-old Eritrean community organiser now works as a cook at a restaurant in south Tel Aviv — alone, without family and in legal limbo, awaiting a response to his asylum request.

Since May, Michael’s life has faced another challenge with new tax rules that force his employer to put part of his salary in a fund which he can access only if he leaves Israel.

He believes the aim of the new legislation, which applies only to African migrants and asylum seekers, is clear.

”They want us to leave the country,” said Michael, who left his homeland rather than serve in an army accused by human rights groups of treating conscripts brutally and forcing them to serve indefinitely. ”They want to break our spirit.”

The Interior Ministry says the new rules are intended to benefit the migrants and asylum seekers, whom the government refers to as illegal infiltrators.

”(It provides) a sum of money that the person will have when he leaves,” said Sabine Haddad, a spokeswoman for the ministry’s population, immigration and border authority.

Since its creation in 1948, Israel has been a haven for Jews fleeing persecution. But for nearly a decade, it has struggled to deal with tens of thousands of non-Jewish Africans who entered the country illegally, seeking asylum or work.

Many have lived for years in Israel and spent time in a desert holding centre waiting for their asylum requests to be considered, allowed by the government to have jobs even though their temporary visas do not give them the right to work.

Israel has granted asylum to fewer than 1 percent of those who have applied and has a years-long backlog of applicants.

Under the new law, employers must deduct 20 percent of the wages of Eritrean and Sudanese employees who entered Israel illegally from Egypt and have temporary visas.

The sum is then deposited in a fund, alongside an employer-paid tax of 16 percent, and remains there until the worker leaves Israel.

It is too early to know what effect the new law is having on asylum seekers or their employers, and how many migrants will decide to leave because of it. The government says it will take several months to know the full impact.

Businesses that rely on migrant labour say costs will rise, and rights groups say Israel is not abiding by its international legal obligations. The government denies this but the Hotline for Refugees and Migrant Workers, an Israeli non-governmental organisation, is challenging the law in Israel’s High Court.

”(It’s) a very calculated plan to make sure that people understand they are not welcome,” said Ruvi Ziegler, associate professor in international refugee law at the University of Reading and a researcher at the Israel Democracy Institute.

Large numbers of Africans, the vast majority from Eritrea and Sudan, began entering Israel illegally from Egypt in the mid-2000S. Many said they fled war and persecution as well as economic hardship but Israel treats them as economic migrants.

By 2013, Israel had mostly completed a high-security fence along the 245-km (150-mile) border, all but halting the influx. By then, an estimated 55,000 people had entered the country, according to Interior Ministry figures.

Several thousand have left since then. Some received asylum in countries such as Canada and others accepted an Israeli offer to go to a third country in Africa — usually Rwanda or Uganda — in exchange for money, though refugee advocacy groups say the plight of many of these migrants has since worsened. Many of those who remain have learnt Hebrew and fill jobs in restaurants, hotels and other services which aid groups say most Israelis do not want to do.

Prime Minister Benjamin Netanyahu has called the migrants’ presence a threat to Israel’s social fabric and Jewish identity and some of his supporters have referred to it as ”a cancer”.

Some Africans have been beaten up by Israeli youths, and a Darfuri man was killed in one such assault last year.

Aid workers say that since the new law was implemented, there has been an increase in reports of asylum seekers being fired from jobs because of the tax.

No government figures are available on this, but the aid workers say some migrants are recording only some of the hours they work, and are being paid on the side for the rest, to reduce the taxes paid by both the employer and employee.

Lemlem, an Eritrean who declined to give her full name, said she had lost her job in a clothes store in Tel Aviv because her employer did not want to pay the increased tax.

”Eritrean people are scared,” she said.

Employers are having problems budgeting for the new tax and signing up employees for the fund because of technical difficulties, said Shai Berman, general manager of the Israeli Restaurant Association.

The government has denied the association’s request for more time to process payments for May, and a promised reduction of the tax has not yet been approved, Berman said.

Some employers say that, in the meantime, they may have to raise salaries to help asylum seekers get by.

”It’s not only for the asylum seeker — for us in the restaurants it’s going to be very, very hard,” said Ido Breier, manager of a Tel Aviv branch of Pasta Basta restaurant chain. ($1 = 3.4919 shekels) (Reporting by Miriam Berger, Editing by Luke Baker and Timothy Heritage) 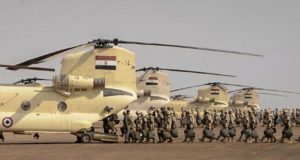 ልዋም ንባብ! - jan 6, 2018
0
The Sudanese army has deployed thousands of troops on its borders with Eritrea, after Egypt sent its own soldiers, in coordination with the UAE,...