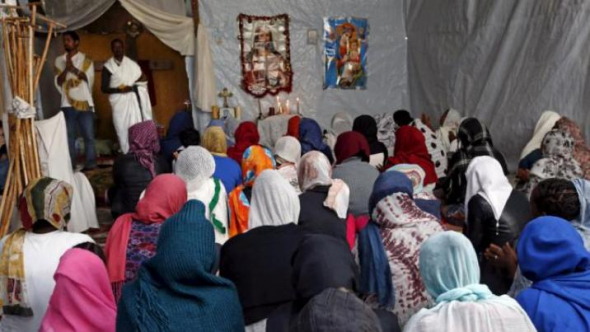 Eritrea’s persecution of Christians escalated throughout May, resulting in as many as 100 believers being arrested, a watchdog reported. Prisoners are often kept in ”horrific” storage container jails where they are deprived of basic necessities.

”They’re rounded up and put into storage container prisons many times. Eritrea is on the eastern side of the continent of Africa where it gets extremely hot. These people are sometimes locked in storage containers with very little air ventilation and up to 120 degree heat,” Open Doors USA’s Emily Fuentes explained in an article for Mission Network News on Friday, describing the conditions the Christian prisoners are facing.

”[They] often get sick from the lack of hygiene in these places, and often don’t get the food they require to stay nourished. So it’s a horrific place for Christians who don’t fall into the approved denominations.”

Fuentes pointed out that ”paranoid government crackdowns” led to the arrests of close to 100 Christians last month as authorities carried out door-to-door interrogations seeking to hunt down worshipers that fall outside the four recognized religious denominations.

Although members of Sunni Islam, Orthodox Christian, Catholic Christian, and Evangelical Lutheran groups are allowed to worship in the African country, those who fall outside these denominations are considered criminals.

International Christian Concern confirmed the persecution, stating: ”Though Eritrea does allow four denominations to practice their faith they keep a close control on them. For those Christians that meet in their homes or do not belong to the approved denominations the punishment is extremely high. These Christians are rounded up and stuffed into storage containers without air ventilation and with little food.” 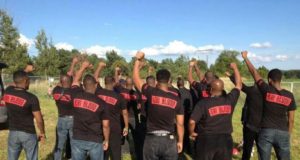