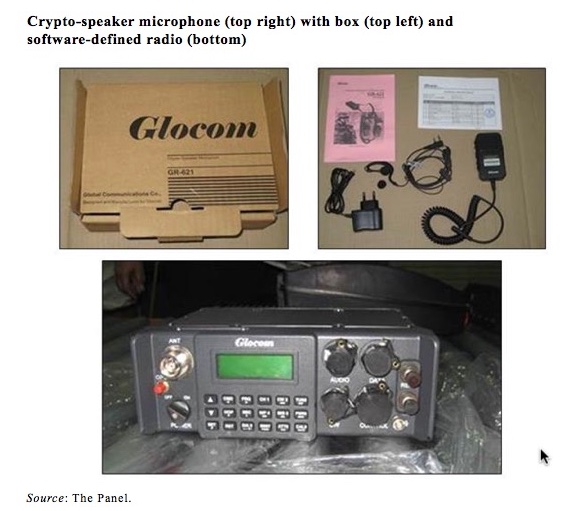 Washington imposed sanctions on the Eritrean navy after Asmara was found to have purchased military equipment from the North Korean regime – and not for the first time.

This described the “interdiction” of a cargo from North Korea via China to Eritrea.

The cargo was supposed to be for Eritech Computer Assembly & Communications Technology PLC, which operates from Asmara.

But when the UN experts examined the cargo it contained 45 boxes of military radio equipment. This purchase violated UN Sanctions. [See extract from the report below]

The UN report concluded that “The 2016 interdiction is the second documented interception of military-related items exported from the Democratic People’s Republic of Korea to Eritrea and confirms ongoing arms-related cooperation between the two countries.”

The United States has now banned any dealings with the Eritrean navy.

When asked why this was the case on Thursday 30 March, the State Department spokesman would not throw further light on the story.

This was the interchange with a reporter: “I noticed the Eritrean navy is on the list. Can you give a bit more detail as to how exactly they’re involved with this illicit trade? And is that notable for the navy of a country to be sanctioned like this?”

Senior State Department Official One: “I really can’t get into the specifics of why entities were sanctioned.”

The Panel investigated the July 2016 interdiction reported by a Member State of an air shipment suspected to be in violation of the resolutions. The shipment originated in China and was destined for a company in Eritrea, Eritech Computer Assembly & Communications Technology PLC (see annex 8-1), according to airway bills.[1] Given the involvement of the Democratic People’s Republic of Korea in the cargo’s manufacture and logistics, the Panel concluded that it had violated the arms embargo (paragraph 9 of resolution 1874 (2009)).
Inspection

The Panel inspected the consignment of 45 boxes and determined that the contents were military radio communications products and related accessories, including high-frequency software-defined radios, crypto-speaker microphones, GPS antennas, high-frequency whip antennas, clone cables, camouflaged rucksacks and carry-pouch (see figure 23 and annex 8-2). Certain boxes and articles were labelled “Glocom”, and almost all of the items had been advertised by the company Global Communications Co (Glocom) on its website[2] (see annex 8-2).
Figure 23

Inside the rucksacks, the Panel discovered reinforcement material consisting of
cigarette packaging with Korean script and “made in DPR Korea” labels (see figure 24).

The air waybills listed the shipper as Beijing Chengxing Trading Co. Ltd.[3] According to the Chinese business registry, the company is still active, mainly trading in electronics, mining equipment and machinery (see annex 8-3). Mr. Pei Minhao (裴民浩) was listed as a legal representative until 26 February 2016 and still owns most shares in the company (see para. 164).
The same individual has been listed in several online commercial databases as director of at least two other Beijing-based entities, including Guangcaiweixing Trading Co., Ltd.[4] (see annex 8-3). Guangcaiweixing was listed as the shipper of a suspect shipment interdicted en route to Eritrea aboard the Kota Karim and reported to the Committee in August 2012. The container cargo manifest listed mostly dual-use items (see annex 8-4), including “numerical control” machine tools and related equipment, which had been inspected and detained by a Member State. The 2016 interdiction is the second documented interception of military-related items exported from the Democratic People’s Republic of Korea to Eritrea and confirms ongoing arms-related cooperation between the two countries.[5]

[1] Based on information from the Panel, Chinese authorities thoroughly searched cargo manifest, air transport and customs clearance data for June and July 2016 and could not find any corresponding cargo from the Chinese mainland. The consignee is yet to reply to the Panel.

[2] The Glocom website was shut down shortly after the Panel sent letters to Glocom front companies in Malaysia.

In an Appendix to the report the waybill is reproduced 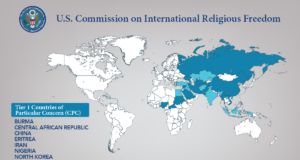 ልዋም ንባብ! - jan 5, 2018
0
Chairman Mark praises State’s designation of some countries but claims the “list falls short of what is needed” WASHINGTON, D.C. – The U.S. Commission on...