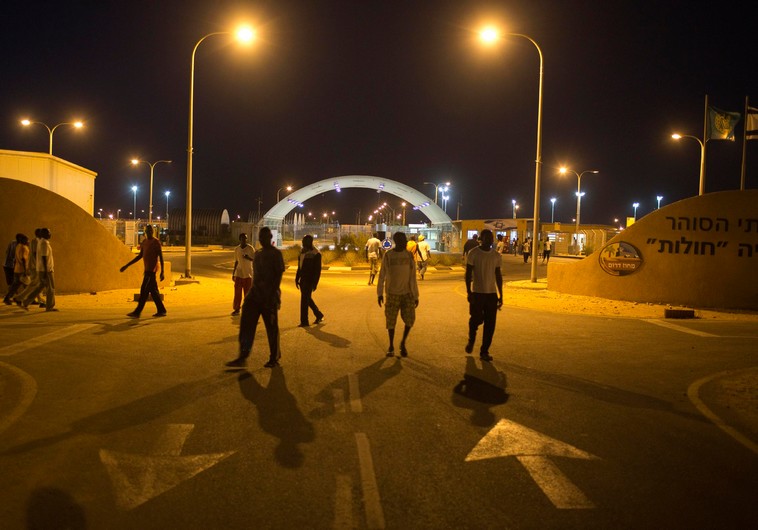 Currently, 42,147 asylum seekers live in Israel. Most entered through the Egyptian-Israeli border between 2006 and 2013. The majority are from Eritrea. During interviews I’ve held with workers in municipal institutions some of them complained about Eritreans being “impolite” and “not as quiet as other migrants.” Possibly this is a result of the government’s explicit intention to make the lives of asylum seekers unbearable, as former interior minister Eli Yishai explained Israeli policy as early as 2012.

Possibly it’s also because the story of Eritreans is not understood. Frustrating as it may be for Eritreans, their story is untypical for refugees, as we normally think of them. Eritrea does not have the sort of war currently taking place in Syria or which led many Sudanese to escape the Darfur genocide in 2003. This leads some to dismiss it.

Justice Minister Ayelet Shaked and former interior minister Silvan Shalom have both issued press releases in support of Eritrean President Isaias Afwerki’s regime. They have embarrassingly based their statements on meetings with Eritrea’s ambassador to Israel. The reality in Eritrea, however, is uniquely abhorrent.

On May 9 the UN Human Rights Council published a report on Eritrea. It concluded that crimes against humanity – namely, “enslavement, imprisonment, enforced disappearance, torture, other inhumane acts, persecution, rape and murder” – have apparently been being committed in Eritrea since the country broke away from Ethiopia and became independent in 1991.

They take place away from the capital, Asmara, behind the walls of detention facilities and military training camps.

Torture and rape are regularly employed against political dissenters, but also as arbitrary measurements as a means of deterrence. The report further maintains that “the façade of calm and normality that is apparent to the occasional visitor to the country, and others confined to sections of the capital, belies the consistent patterns of serious human rights violations.” Adding to the environment of persecution in the country, only four religious denominations are recognized, while members of other faiths are subject to systematic repression, along with discrimination against other minorities on ethnic grounds.

All of this is done in a country with an infamous law of indefinite conscription to the army, including for purposes of forced labor. A shoot-to-kill policy is enacted on the borders toward anyone attempting to flee military service, which frequently lasts for over a decade, including reserve duty for citizens as old as their seventies. Others apprehended are arrested and are subjected to torture and rape (both females and males) as part of investigation techniques or simply as a way of fostering fear among inmates.

The report concludes that the government of Eritrea is “not in a position to provide accountability for these crimes and violations.” It is an authoritarian state, with all power concentrated in the hands of the president and of a small circle of loyalists. The UN commission therefore recommends the Security Council refer the situation to the International Criminal Court and enforce sanctions on assets and movement of individuals complicit in international crimes.

Israel is not a member of the Security Council and so long as it doesn’t act, Israel too is greatly affected by the situation.

Last year fewer Eritreans applied for asylum in the whole of Europe than crossed into Israel via the Sinai Peninsula in the past decade. A recent report by the Knesset Information and Research Center speaks of almost half the residents of four south Tel Aviv neighborhoods coming from Eritrea.

Those “super diverse” areas, in the terms of Steven Vertovec, have a strained infrastructure: 75% of fires in the city occur in a couple of neighborhoods that are particularly overburdened; sidewalks are broken, sewage pipes flood over, roads are blocked, trash is piling up and parks require extra maintenance. These neighborhoods are not turned into complete slums thanks only to municipal efforts and resources, and despite government policy to make the lives of “infiltrators” (as it calls asylum seekers) ever harder.

In light of the horror of the Eritrean regime, the deportation and detention policies of the Israeli government to encourage a “voluntary” departure of Eritreans are particularly sinister. These policies punish those whom fate has punished already, but also end up removing the leadership of the migrant population, making it less independent and increasingly reliant upon social services that the city must provide at the local level to minimize the phenomenon of ghettos being formed and provide basic rights to individuals who reside its borders.

Actually, the government policies aimed at making the Eritrean population leave the country are not only immoral, but also counterproductive. For example, many Eritreans rightly seek to avoid detention and deportation by having children, even in their abject conditions in Israel: already now 12% of Tel Aviv’s children are of “foreign” background (born either to asylum seekers or labor migrants), and some clinics for pregnant women and young mothers cater to asylum seekers 90% of the time or more.

Given the grave situation in their country of origin and the permanent sense of temporariness that the Israeli government seeks to create, is it any wonder that some Eritreans end up being impatient and somewhat overwrought when standing in line to receive basic services from municipal institutions? A couple of weeks ago more than 2,000 Eritreans took to the streets – quite politely, actually. They demonstrated before the European Union embassy near Tel Aviv, calling for the adoption of the UN report, as well as for Israel to revise its relations with Eritrea accordingly.

For example, Israel can flag the issues of human rights violations in Eritrea in international institutions. Independently of what the Security Council or the International Criminal Court end up doing, Israel – having full diplomatic relations with Eritrea – could assist it in reforming its legislative, judicial and security sector, as suggested in the UN report. Netanyahu could even capitalize on strengthened ties with African states following his historical trip to the continent last week to do that.

Finally, Israel could follow the report’s recommendation and “provide Eritrean nationals seeking protection with refugee status.” Since Israel’s border with Egypt has been sealed since 2013, there is only a limited Eritrean population in the country. Settling their status would help municipalities, schools, hospitals and clinics work better, and help disperse the high concentration of asylum seekers in Tel Aviv to other areas in the country. Most importantly, ending the perpetual uncertainty and unending ordeal of Eritreans in Israel is a moral imperative. Once the world starts treating them fairly, who knows? They may even say thank you.

The author is a PhD candidate at Goethe University in Frankfurt, Germany.