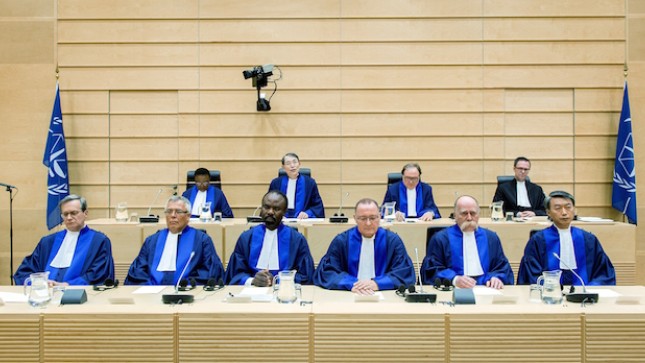 As one of the world’s most oppressive regimes, the Eritrean government has committed extensive crimes against humanity over the past 25 years, according to a report released June 8 by the United Nations Commission of Inquiry on Human Rights in Eritrea. President Isaias Afwerki, in power since Eritrea’s independence in 1991 following the 30-year war with Ethiopia, has led an increasingly repressive authoritarian regime. The U.N. commission found that enslavement, enforced disappearance, rape, murder, torture and religious persecution are systematically used to instill fear in Eritreans and maintain the regime’s power. These blatant violations of international law clearly constitute crimes against humanity as widespread, systematic attacks against the civilian population.

The Eritrean leadership’s brutality is particularly evident in its enslavement of up to 400,000 people, primarily through military conscription. Eritrea’s system of open-ended service forces conscripts to serve indefinitely, often for decades at a time. This deprivation of liberty amounts to modern-day slavery and allows for inhumane treatment, which Eritrea currently has no legal mechanisms to redress. In military camps, conscripts are frequently subjected to torture, sexual and gender-based violence, forced labor and domestic servitude. Recent developments could further exacerbate their situation. On June 21, Eritrea accused Ethiopia of contemplating full-scale war, strengthening the Eritrean regime’s justification for compulsory military service as a necessary response to perceived Ethiopian aggression.

Based on the testimony of 833 Eritreans in exile, the U.N. commission also found that mass detainment and enforced disappearance are wielded as tools of control over the population, often in an arbitrary manner that flouts international law. In 2015, thousands of Eritrean prisoners of conscience, including politicians, journalists and practitioners of unauthorized religions, continued to be imprisoned without charge or trial. In a testimony to the commission, a former detainee detailed the horror of incarceration in Eritrea: ”There is a saying in prison: If you scream, only the sea will hear you.” The report did not specify individuals responsible for ongoing crimes, but indicated that they operate within the military, National Security Office, ruling party and the highest echelons of government.

In light of these appalling human rights abuses, referring Eritrea to the International Criminal Court (ICC) is crucial given the country’s virtually nonexistent rule of law. The nation has no functioning judiciary, national assembly or civil society; opposition to the ruling People’s Front for Democracy and Justice Party is prohibited; and the Constitution of 1997, which established democratic institutions, has never been enforced. The vacuum created by this lack of a coherent legal foundation generates a climate of impunity for human rights abuses, one incapable of protecting citizens and holding perpetrators accountable for their actions.

Eritrea’s human rights record is not merely a domestic issue. The regime’s continued disrespect for human life poses an imminent threat to international peace and security through its role in the ongoing refugee crisis. The horrifying violence countless Eritreans face on a daily basis is a powerful force driving close to 5,000 citizens to flee the nation each month, contributing to a global humanitarian emergency. In 2015, Eritreans comprised the third-largest nationality after Syrians, Iraqis and Afghans undertaking the dangerous journey in search of asylum and safety. The weight of the ICC’s authority is urgently needed to ensure the protection of the Eritrean people and to stem this alarming flow of refugees.

As Eritrea is not a state party to the ICC, the tribunal can only exercise jurisdiction over crimes committed in Eritrea if the nation ratifies the Rome Statute, or if the U.N. Security Council refers the situation to the court. The Security Council must treat Eritrea’s serious human rights abuses as the atrocities they are by referring the country to the ICC. In doing so, it can ensure those responsible for these crimes are prosecuted to the fullest extent.

International mechanisms set in place by the Security Council and the ICC can play a pivotal role in ensuring the victims of the Eritrean government’s heinous abuses have their voices heard. No population should be forced to live in an atmosphere of fear while its oppressors are given broad latitude in their actions without facing consequences. Eritrea’s human rights abuses are still occurring today, and they must not slip through the cracks of global attention when they should be instead condemned and prosecuted for what they are: deliberate, systematic violations of fundamental humanity.

Grieboski is the chairman and CEO of Grieboski Global Strategies, founder and chairman of the Institute on Religion and Public Policy, and founder and secretary-general of the Interparliamentary Conference on Human Rights and Religious Freedom.